How Does a Metal Detector Work? 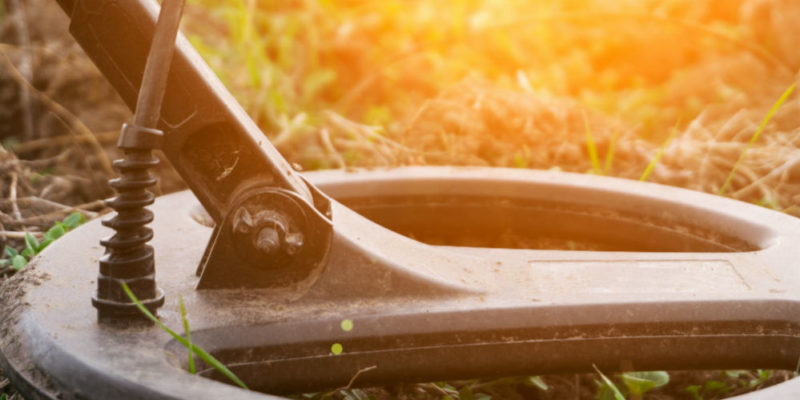 Metal detecting can be a fun and rewarding hobby for all the family. Millions of people around the world have uncovered valuable relics as well as useless bottle tops using a metal detector. The same technology used by the hobby detector is also at work in our armed forces and security services around the world spotting landmines, finding hidden knives and guns. It is also the same technology that we use to keep our airports safe and secure.

Based on electromagnetism, this technology is part of our day-to-day lives and probably something that we don’t understand fully. So how exactly does a metal detector work?

Metal detectors work using the principles of electromagnetism. Electromagnetism, as the name suggests, is a relationship between electricity and magnetism. Electricity is made in a generator and occurs when a coil of copper wire is rotated at high speed through a magnetic field. Electricity is “magically” created in this environment and we can then use this electric to power a variety of appliances or store for a later date.

When we use that electricity to power a motor in electrical devices, the process works in the opposite direction. If we flow this electricity through a copper coil in the motor it changes the magnetic field, which pushes against the field of a permanent magnet inside the motor making it turn.

As we can see there is a symbiotic relationship between electricity and magnetism. This theory was made famous by physicist James Clerk Maxwell in the 1800s and is commonly referred to as Maxwell’s equations. Understanding this relationship between magnetism and electricity, renowned inventor Alexander Graham Bell (inventor of the telephone) assembled a device based on electromagnetism to help locate a metal bullet in the body of president James A. Garfield after he was shot and lay dying. Unfortunately, this device did not save the life of the president, but it did effectively invent the metal detector.

A second coil on the head of the metal detector called the receiver coil detects this second “additional” magnetic field that has been created and sends a signal to the metal detector receiver. As we know from Maxwell’s equations, if you move a piece of metal through a magnetic field you create electricity (remember this is how the generator works) the receiver coil sends this electricity to a receiver box which produces a sound to tell you have discovered a piece of metal. The closer you move the transmitter to the portion of the metal in the ground the stronger the electromagnetic transfer occurs and the louder or stronger the current is received by the receiver.

Differentiating the different metals buried in the ground is a hot topic in the world of metal detecting, as clearly not everything that is buried is of value. If you are using your metal detector for prospecting gold, silver and platinum then you don’t want to spend your time digging up tin cans and bottle tops.

The hobbyist and detection enthusiast use two main basic types of metal detectors.

VLF stands for very low frequency. These are the most common and most sensitive types of metal detectors on the market. VLF technology is prevalent because they have a greater ability to differentiate between different kinds of metal in the ground. They make incredibly accurate and sensitive metal detectors and are the preferred choice of people focused on gold prospecting as they are the best at detecting precious metals that give off a very low metal pulse.

How Deep Can You Go?

The depth of a metal detector varies based on the relationship between frequency and coil size. Generally speaking the larger the coil size, the deeper the depth it can detect a metal item. However, a large coil that has a deeper depth will also not be as accurate at detecting metal than a smaller coil.

Similarly, low-frequency detectors penetrate further into the ground, but have less sensitivity to low-phase metals such as gold. Conversely, high-frequency detectors are exceptional at finding the smallest piece of metal, but they will not be able to penetrate deep into the ground as lower frequencies. Therefore, the perfect detector set up will depend on the purpose that you were using it for and how deep or accurate you need it to be.

Generally speaking, a suitable all-round detector will work in the range of 8 to 20 in from the surface.

How to Choose a Metal Detector

Can You Rent a Metal Detector?

How to Use a Metal Detector Settings: The Basics

How Deep Can Metal Detectors Detect?

2 responses to “How Does a Metal Detector Work?”

Some recommended products may use affiliate links. TheMetalSearch.com is a participant in the Amazon Services LLC Associates Program, an affiliate advertising program designed to provide a means for sites to earn advertising fees by advertising and linking to Amazon.com. Amazon and the Amazon logo are trademarks of Amazon.com, Inc or its affiliates.